Innovations In Electric Power Through The Years

A POWERful history lesson in electricity 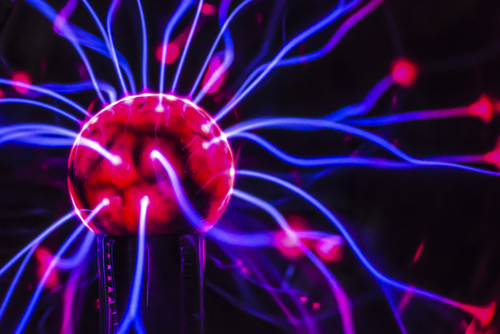 Electric power is such an integral part of our lives today that we probably don’t think too much about it except during an outage. Electricity gives us light. It entertains and informs us through televisions, radios and computers. It cooks our food and keeps it safely chilled. It protects us with home security systems. And that’s just a few of the thousands of examples that can be spoken to.

However, it has only been in the last 150 years that electricity began to play a role in our homes, businesses and communities. Inventors and innovators like Thomas Edison, Nikolai Tesla and George Westinghouse took electricity from something that was mostly experimental and created practical applications and products that changed our lives forever.

But, that’s only a part of the story of electricity and electric power over the course of our world’s history. There are many highlights of it noted along the way up through modern times:

Thales of Miletus, often described as the first philosopher in Western civilization, looked to nature and science rather than gods to explain how and why things happen. He discovered static electricity when he rubbed pieces of amber on animal fur, which generated a static electric charge that attracted small feathers.

“De Magnete” is written by English scientist William Gilbert. The book is on his studies of electricity and magnetism. In it, he uses the term “electricus” for the property of attracting small objects after being rubbed. Less than a half-century later, the words “electric” and “electricity” began appearing.

We all remember this one from our history classes and “Schoolhouse Rock,” right? Benjamin Franklin — writer, businessman, inventor, printer, Founding Father, scientist — conducted an experiment where he few a kite during a storm, attracting lightning to a metal key secured to the bottom of a dampened kite string. That discovery led to Franklin coming up with a design for the lightning rod, which protects tall structures from damaging lightning strikes.

Italian scientist Allesandro Volta invents the electric battery, which shows that electricity can be safely transmitted among wires. It also offers a source of stable electricity that enables the next steps in experiments with electricity.

Samuel Morse, who was a portrait artist for much of his career and painted portraits of presidents John Adams and James Monroe as well as cotton gin inventor Eli Whitney, invents the telegraph. Electric wires are used to transmit messages over long distances. Think of it as texting, in a very 19th-century style!

Researchers at Massachusetts Institute of Technology use telephone lines for communication between computers. That was the beginning of today’s Internet.

The federal government created the Federal Energy Regulatory Commission (FERC). FERC took the bold step of deregulating the energy industry, leaving it up to individual states to decide how to supply energy to their users. With a now-standard energy infrastructure, it was possible to introduce market competition back into the industry with the goal of lowering energy costs. We refer to this a deregulation.

The first wind farm in the United States begins operation, which, in reality, leads to you being able to have the green energy options we currently offer at Discount Power!

For more than ten years now, Discount Power has been providing price certainty on consumer energy costs by securing you competitive rates for electricity (and natural gas, too!) Whether you’re looking for residential or business service, we offer both traditional, and Green Energy plans where 100% of your electric usage will be offset by carbon-neutral, wind-generated sources – a benchmark in innovation all it’s own! We have plans designed for you to lock in fixed prices, as well earn monthly rewards.

Discount Power can make your electricity more affordable and has proven to be a safe, easy way for people like you to take control of their energy costs and reduce their carbon footprint. There’s absolutely no risk and plenty of rewards! Contact us today to learn more, and view our service area to see if we work with a utility near you!