How Much Do You Really Know About Natural Gas? 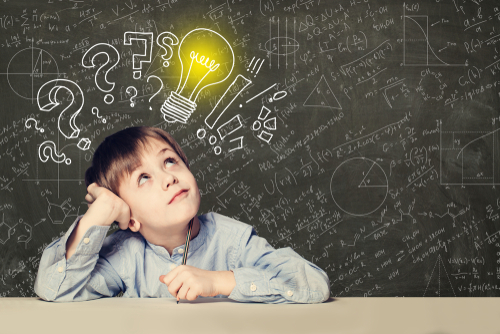 When considering options for green energy in the Northeast, many consumers find they still have a lot to learn when it comes to knowing the facts about natural gas: what it is, where is comes from, and just how clean it really is.

Read on to find out nine important facts about natural gas, and how Discount Power can save you money on eco-friendly fuel with variable pricing, locked-in rates and more.

1. Natural gas is organic in origin.

It’s right there in the name—natural gas is, well, natural! When plants and animals died roughly 300 million years ago, their matter gradually became covered with layers of sand, silt, rocks, dirt, water and even new organic matter. The weight of these new layers put pressure on the organic material, creating intense heat. Over time, this compression transformed some of the dead plants and animals into natural gas. The gas migrates and pools in open pockets of rock, called “traps,” underground.

2. Natural gas tops the charts when it comes to clean-burning fossil fuels.

Fossil fuels do not always have a reputation as clean-burning energy sources, but natural gas is different. Natural gas releases far fewer pollutants into the environment than other fossil fuels, and it has a smaller carbon footprint—often less than half the emissions of other fuel sources.

3. The first natural gas well existed in China, many centuries ago.

The Chinese discovered the value in using natural gas as an energy source, as far back as 211 BCE. The very first natural gas well-formed by accident when ancient Chinese engineers installed bamboo pipes 500 feet beneath the earth’s surface to drill for salt brines.

Natural gas wells didn’t appear in America until 1626. By the 19th century, municipalities began natural gas distribution efforts, with Philadelphia leading the way. Today, Pennsylvania remains a high producer of natural gas—20%—with the state ranking second only to Texas, at 22%. In third and fourth place, respectively, are Louisiana, at close to 10 %, and Oklahoma, responsible for providing about 9% of the nation’s natural gas.

While natural gas is not produced in all U.S. regions, these five states help their neighbors by outsourcing their natural gas to states that do not have their own sources to utilize. Even when natural gas must be transported from another state, it remains cost-effective, especially when taking energy efficiency into account.

5. Natural gas is both energy-efficient and cost-efficient.

Natural gas’s relatively clean-burning energy makes it a good choice for public transportation, electricity generation, and other mass use requiring high energy output. Technological advancements in recent years even allow natural gas’s energy to be harnessed and renewed. Natural gas is also a good candidate for partnering with renewable energy sources like wind and solar.

6. There’s nothing stinky about natural gas—the odor is added by manufacturers as a safeguard.

Natural gas sometimes gets a bad rap for its less-than-stellar smell that reminds folks of rotten eggs or a skunk’s spray, but the truth is that manufacturers add this odor on purpose to alert people of potential leaks since natural gas can be explosive. Natural gas in its original state is completely odorless, tasteless, and colorless. The good news is that the artificial odor isn’t apparent unless a leak is present—in which case it’s helpful.

Most households in the United States that use natural gas do so for heating purposes, but natural gas is also commonly used to power residential and commercial appliances to warm water, cook, and dry clothes and linens.

Natural gas has always been clean-burning, but environmental concerns arose in the past around the impact of exploratory well digging. Modern technologies make it unnecessary to cast a wide net in search of potential natural gas that may or may not actually be present in a certain location. GPS, satellites, and seismic surveys enable producers of natural gas to locate it efficiently without harming the environment while reducing costs in the process. These cost savings can then be passed along to the consumer with more efficient pricing.

Discount Power offers the best rates for natural gas services in Maryland, New Jersey, Ohio, and Pennsylvania, for both residential and commercial customers. Reach out today to learn more about how you can save big with this clean-burning energy.