Which Costs More: Heating or Cooling Your Home? 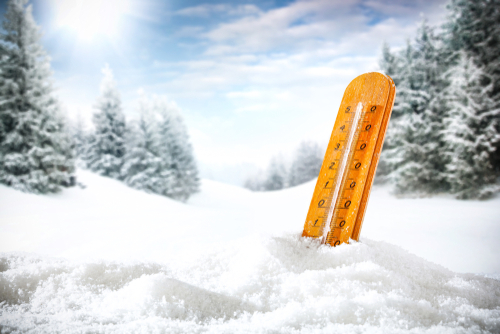 Ask most people around the country whether heating or cooling their house costs more money and they’ll probably say the latter. After all, think of those crazy summer air conditioning bills—especially in the southernmost states!

But recent studies have shown that it typically takes four times more energy to heat homes than it does to cool them.

This may seem counterintuitive, considering how inexpensive natural gas is right now, and how inefficient the process of delivering electricity, which powers virtually all air conditioners, is. (Nearly two-thirds of electricity generated at most power plants is lost between the plant and the consumer, according to the U.S. Energy Information Administration.)

So why the disparity between the amount of energy needed to heat versus what’s needed to cool? Two key factors are at work here: One has to do with the climate, the other with the heating/cooling process itself. Let’s take a look at both.

Temperature Difference Is the Key

The primary reason why it ultimately costs more to heat a house than to cool it is the workload put on your equipment.

Think about it: What temperature do you maintain in your home during the summer? For most people, the answer is somewhere between 72 degrees and 78 degrees Fahrenheit. For most of the country, summer temperatures peak in the mid-90s. That means that even in a worst-case scenario, the temperature between air inside and outside a house rarely differs by more than 20 degrees or so.

Contrast that with what a heating system has to contend with. Even in regions with milder climates, the temperature variation between indoor and outdoor air can rise to somewhere between 30 and 50 degrees; in the colder regions, that number can reach 60 degrees or more.

As the difference between the temperatures of air outside and inside your home widens, more energy will be needed to control your indoor climate.

Consider this comparison for example:

As you can see, the amount of heat needed for a home during the worst-case months in Houston can range from about 13 to 30 degrees; in New York, that range expands to between 35 and 50 degrees. In cooler areas of the country, such as New England and the Great Lakes states, that span could reach 75 degrees, and homeowners may not need air conditioning during the summer at all!

One trend to watch, however, is the narrowing gap between heating and cooling costs given rising temperatures. With milder winters and record-setting summer heat in most areas of the country, the difference in cost between the two services will continue to shrink. But right now, heating remains in the energy-use—and cost—lead.

A second reason why it takes more energy to heat vs. cool a home has to do with the heating and cooling processes themselves.

Cooling a home involves moving air—that is, shifting hot air from inside to outside your house. Heating, on the other hand, involves generating heat to warm the air. Moving heat requires a lot less energy than generating it requires, which is why cooling ends up being less expensive than heating. (The exception to this rule is electric heat pumps, which operate like an air conditioner in reverse when they’re in “heat” mode, pulling heat from the outdoor air and moving it into your home.)

No matter what type of energy you use to heat and cool your home, Discount Power has a plan for you! With options in seven states ranging from Ohio to Massachusetts, we offer money-saving gas and electric plans backed by exceptional customer service.

Enroll today and experience the Discount Power difference for yourself!